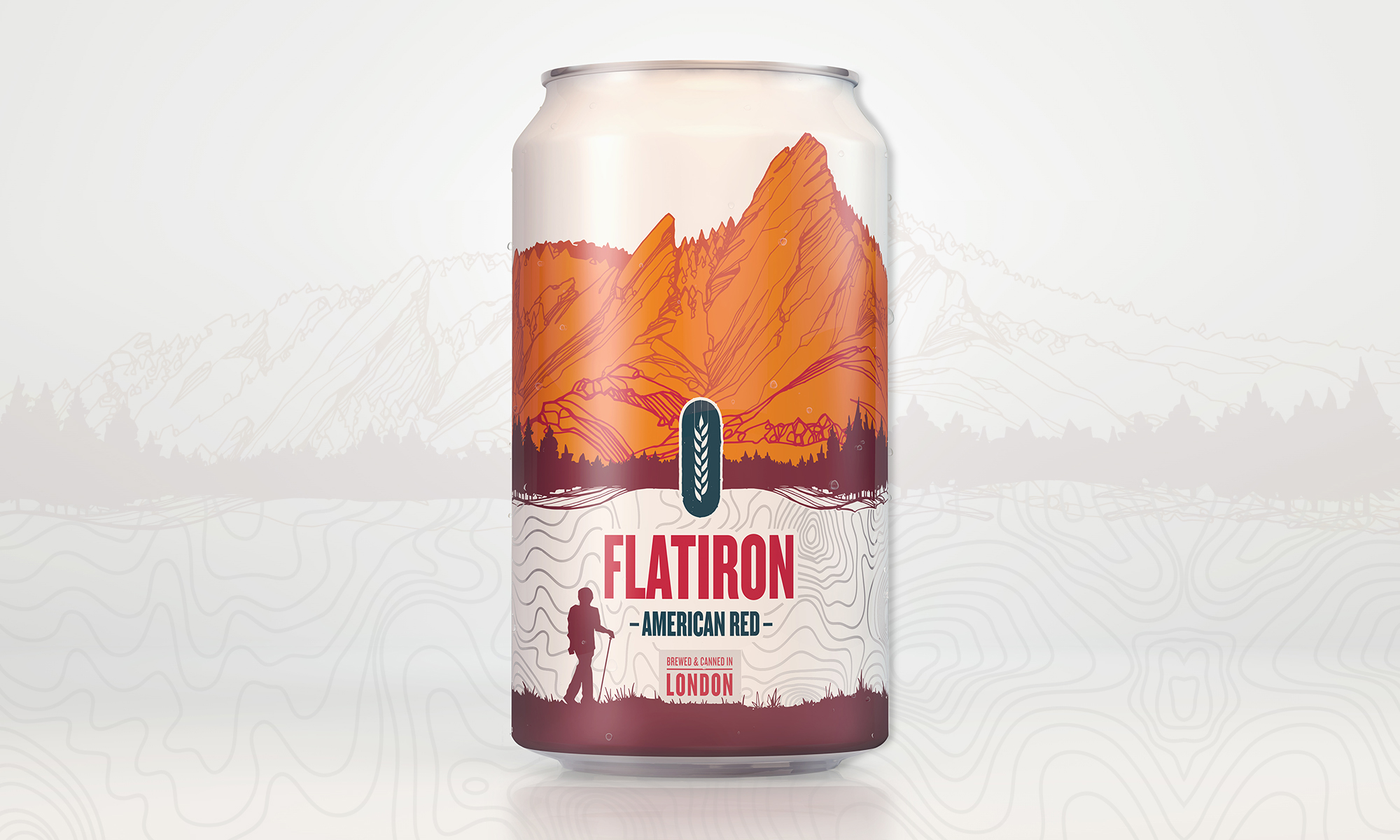 We love a bit of adventure here at Mr B & Friends, whether that is venturing into new corners of the world, running Tough Mudder or even exploring new and innovative design at work. So we jumped on board with Fourpure when they wanted to design two new seasonal cans inspired by adventures!

Founded by brothers Daniel and Thomas Lowe in 2013, the London based brewery produces speciality beers, with a range of curious flavour notes discovered and inspired from the brother’s travels. As one of the first craft brewers in the UK to can its beer for freshness, Fourpure leads the way in innovative brewing practices and can designs with shelf appeal.

The brewery’s core range, also designed by Mr B & Friends, enjoys successful listings at M&S stores nationwide as well as countless bars and restaurants across the country.

The two new Seasonal Brews include Shape Shifter and Flatiron.

Shape Shifter is a West Coast IPA that’s inspired by Dan and Tom’s travels through LA, San Diego and San Francisco. Sheena Mistry, our Design Director comments: ‘Dan and Tom shared with us a mythical story from the shores of Lake Okanagan, of a 50ft sea serpent like lake monster. The illustration featured this scaled serpentine meandering round the can lurking in the depths of the lake seemingly unknown to the casual rower. The combination of black and gold was chosen for a striking effect against the textures of the sea’.

Flatiron is an American Red Ale, inspired by winter road-tripping through the blizzards of Yellowstone and the icy passes of Wyoming. Sheena says ‘wherever the adventure takes you, days are long and tiring in the mountains and this red style gives the right combination malt and hops. The illustrations draw influence from the landscape; featuring contours and the Flatiron rock formation in Colorado which symbolise those hiking adventures. The warm colour palette hint towards the mahogany red beer and flavours of caramel and toffee.’

In addition, we have recently refreshed Fourpure’s core can range to increase shelf standout and help reinforce the brand’s unique positioning of ‘Inspired by adventure.’

Simon Barbato, founder of Mr B & Friends, comments: “Fourpure is inspired by adventure. The inspirations gathered from the founder’s travels around the world have been brought back to the brewery and blended with their own way of doing things. The spirit of what the brand is about is beautifully embodied in the design of both the core range and the new Seasonal cans.”

Fourpure’s founder, Dan Lowe comments, “The team at Mr B & Friends have been key partners in the creation and development of the Fourpure brand and continue to play a valuable role as we develop further products in a dynamic and competitive market, where it’s important to have the edge both in design and product delivery.”