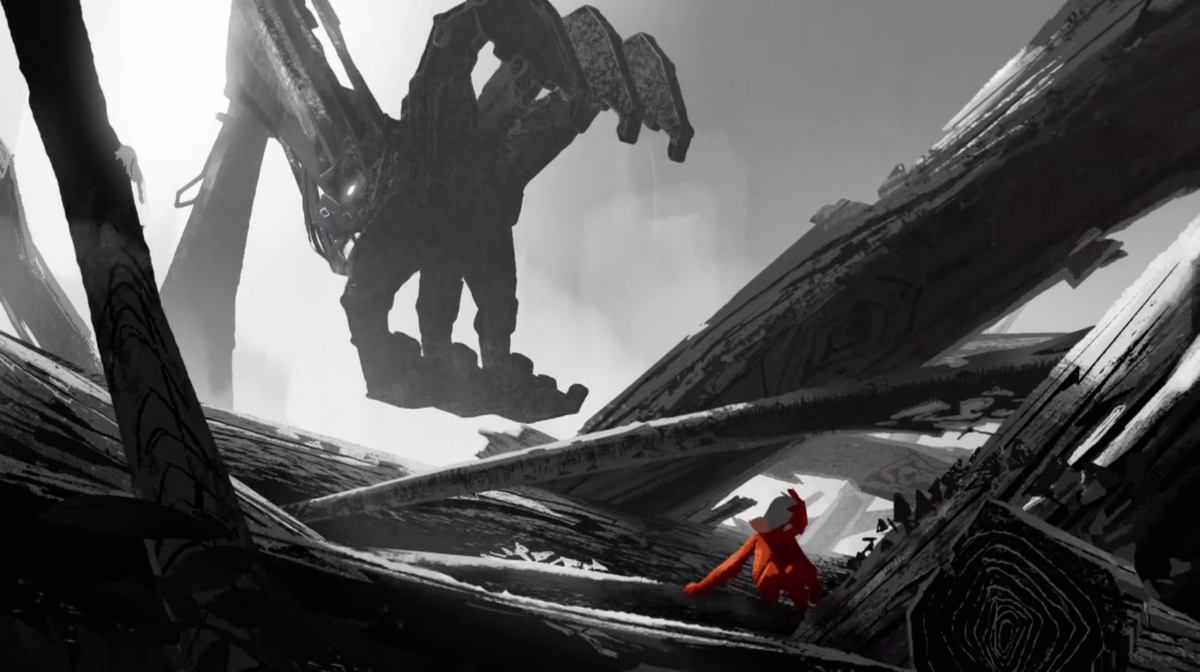 Crude cartoons or kicks for kids?

Unless you’ve been completely disconnected from social media this last week you’ll already have seen the incredibly moving and beautifully animated Iceland Christmas ad. The ad was originally commissioned by Greenpeace to highlight the dangers of deforestation due to production of palm oil. Off the back of Iceland’s pledge to stop selling products that use palm oil, they joined forces with Greenpeace and with the aim of reaching a much wider audience, repurposed the ad for the festive season.

The ad, produced by MotherLondon, uses two juxtaposed design and motion styles to depict the warm cosy cuteness of a little girl in her bedroom, annoyed by the unwanted guest that is a bright orange, ever-curious, leaping little Orangutan called Rang-tan and the harsh brutality of Rang-tan’s native habitat, as it’s torn apart by man and machine.

As the first 30 seconds play out in full pastel shaded, pencil drawn, squash-and-stretchy Disney glory everything is so far, so seasonal – but as Rang-tan turns to leave we’re pulled into a more sinister environment, black and white silhouettes, live action footage overlayed with our bright orange Rang-tan frantically attempting to swing away from the chaos engulfing his home.

Given the outpouring of strong emotional reactions that flooded social media following Iceland’s announcement that the ad had been banned (but was available on YouTube) there is no doubt that the medium used here has far from undermined the seriousness of the message. Rather, using animation to depict the destruction of the rainforests has made the message feel even more poignant and visceral. This ad hit the viewer right in the emotional gut, and it got everyone talking.

As animation students my peers and I would agonise over the writing, pacing and narrative drama of our films, as well as the actual craft of making everything move. With no prompting or exceptions we all chose to tackle serious subject matter; not one of us was attempting to make anything remotely suitable for kids, or in fact something that could be labelled “adult animation” (invariably full of fart jokes and slapstick goofing about). Yet, after graduation, as we each searched for our place in the animation industry, more of us than not ended up far removed from the serious subject matter we had worked so hard to produce at uni, simply because the work we had yearned for wasn’t there and ultimately everyone ends up taking their skills where they can be used to pay the bills.

It’s a shame, if nothing else, that so many talented and keen graduates with a passion for dramatic storytelling end up completely sidelined into what the commissioning execs seem to think the purpose of animation is – kids or crudeness. I love Hey Duggee and Family Guy as much as the next woman, but I also know that animation has so much more to offer.

Aside from being a politically-inspired talking point, the ad has got me thinking once again about the underrated impact of animation for purpose. In the saturated, sophisticated market of content streaming isn’t it about time that more of the people with commissioning power took more of a chance on the UK animation industry? Shouldn’t we now break out of pigeonholing the medium to give many talented animation writers, directors and animators a more prominent shot at letting the genre do what it’s truly good at – packing the emotional punch, making you pause for breath, and giving you reason to stop, stare and think.