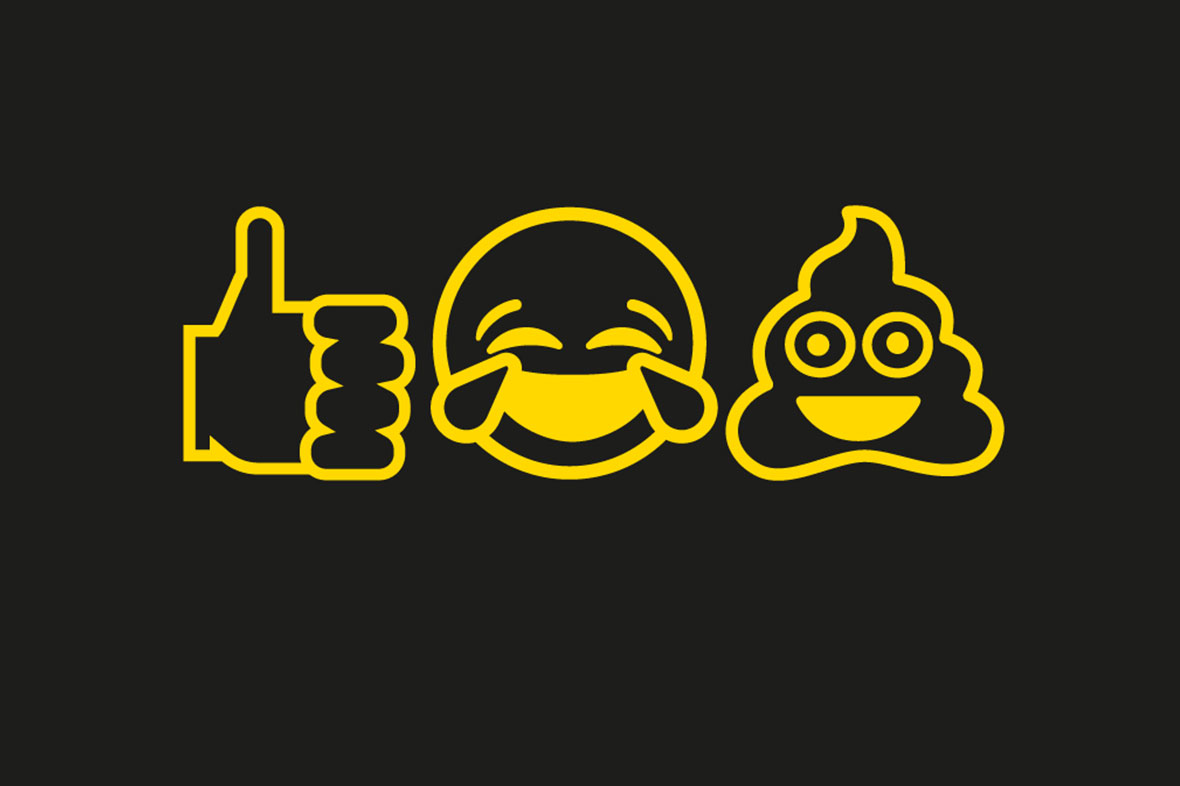 Emojis. The most powerful language in marketing?

Here’s something disturbing for all copywriters and authors out there: According to a report published by Cassandra – 4 out of every 10 millennials would rather engage with pictures than read.

But is a picture really worth a thousand words? Well as it turns out, yes. Studies suggest that our brains process visual information 60,000 times faster than text. The barrage of information we process on a daily basis is relentless, so the choice to engage with whichever medium communicates the intended message in the quickest and simplest manner is hardly surprising.

Enter the Emoji. Born out of the “mobile first” revolution there are now nearly as many different emojis as there are people on Earth (6 billion). They are the fastest growing ‘language’ in history in the UK.

With this massive shift in communication adopted and championed by millennials in the noughties, brands and their marketing tactics are having to adapt to survive.

Brands are typically integrating emoji’s in their marketing messages while communicating with younger generations. This strategy was most prevalent in social media marketing, but has since spread to other platforms and wider audiences. The eldest millennials are now in their mid-30s and we see marketers shifting their attention to Generation Z.

With a 25.4% increase in engagement on Twitter, and 17% higher interaction rates on Instagram – it’s not difficult to see why. Emojis present an opportunity to connect with consumers in a fun, relatable and creative way.

Durex #CondomEmoji campaign was launched in 2015, calling for a safe sex emoji to be put on every smartphone in order to help young people communicate about the subject.

In a survey undertaken by Durex, 60% of young people admitted to being uncomfortable discussing safe sex, and 72% said they find it easier to express emotions using emojis.

Emoji are becoming engrained in our society and are not likely to go away anytime soon, but emoji marketing may not suitable for everyone and every audience.

When Goldman Sachs had a message for millennials they clearly thought they should include as many emojis as you can fit into 144 characters. What they failed to notice was the seriousness of the attached report and social media backlash they would receive.

Arguably there are effective and positive ways to use emoji’s in spreading campaign messages, but these need to be considered carefully. Interpretations of the Goldman Sachs tweet appeared to be annoyed by them making light-heart of a much heavier issue experienced by millennials. It felt like a cheesy dad trying to hang out with the kids and failing miserably to fit in.

Whereas Durex’s condom Emoji is a perfect example of how using symbols can make light of a possibly embarrassing topic by creating a symbol that says a lot whilst not actually writing anything at all.

Emoji’s are an easy way of showing a user’s feelings instantly and without the need for explanation, making them accessible to everyone. They can also act as a visual cue for brand personality and can be used alongside conventional copy, to capture instant context or sentiment within the intended brand message.

The future of text and symbols seems interwoven, so companies need to ascertain an understanding of when it is appropriate to use them and when it is simply the wrong context.

Here’s a collection of our favourite emojis, from the team at Mr B & Friends!