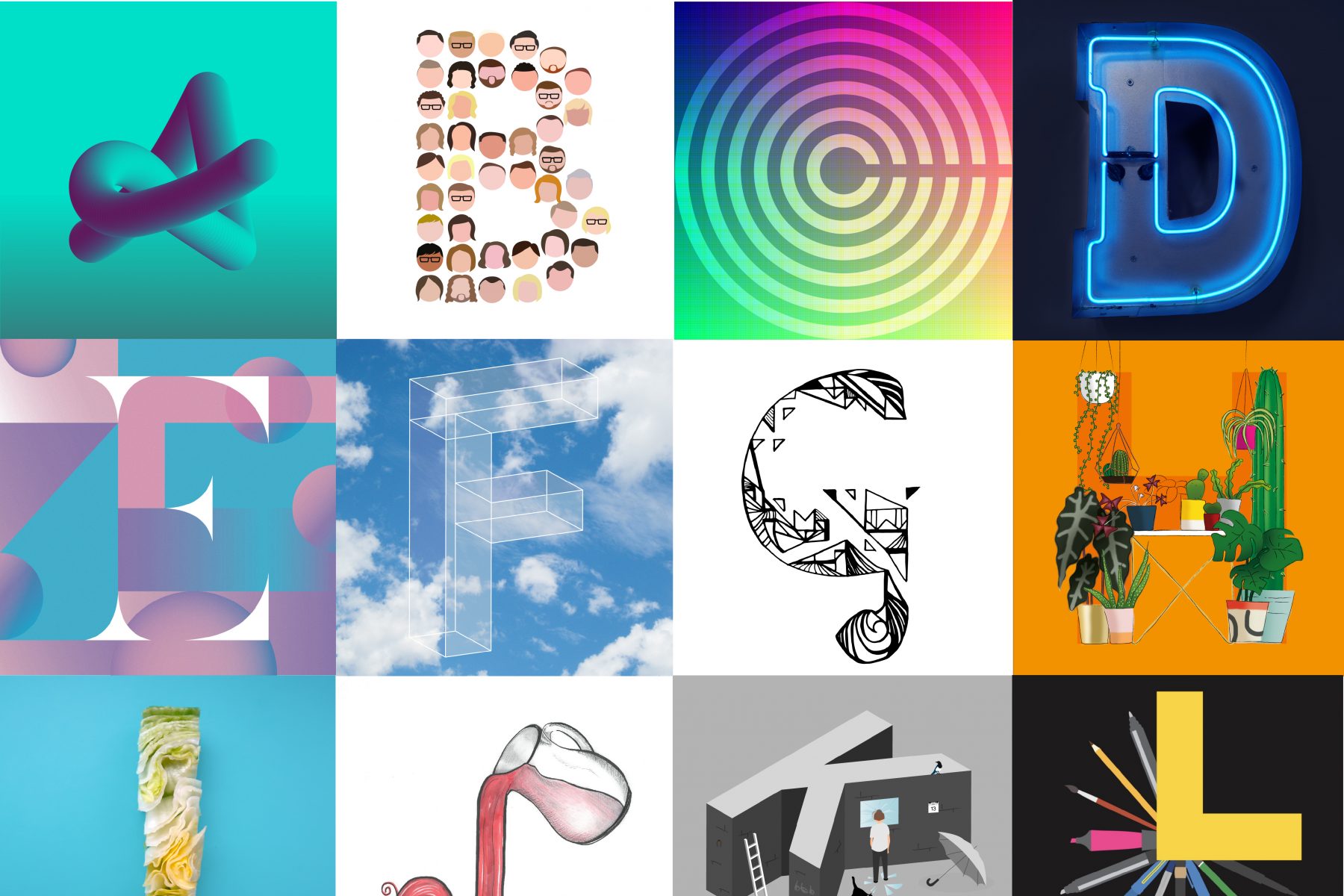 It’s exactly what it says on the tin. 36 days of type. After four years of scrolling in awe, the lure of the open brief and idea of creating something new each day was too much to keep us away!

For 36 days we posted A through Z and 0 to 9 on Instagram. Everyone from designers, to operations managers, developers to account directors and even an 18 month old babba took part in the challenge. It unearthed, not only a burst of creativity, but some hidden talents too!

Creativity is a trait that everyone has – whether they’re a designer or a receptionist. It can come from anywhere, be inspired by anything and take any form. We want to name and frame everyone who took the time to create a post and really hero creativity in all its forms.

Life beyond the screen

Creativity doesn’t just exist within the confines of an iMac. Nic (Account Director) dusted off her linocut tools and produced an Art Deco inspired ‘P’ rivalling that of our other Account Director Had, who also had a trick up her sleeve embroidering the number 9. Lisa (Account Manager) made herself quite the collection of pompoms and arranged them in the shape of a ‘Y’, whilst Jen (Senior Account Manager) painted a zebra masterpiece for ‘Z’. Evie (Account Executive) also got creative, submitting an American Sign Language ‘U’ in oil pastel. Georgia (Junior Planner) flexed her drawing muscles and created two letters; a penned geometric piece for ‘G’ and a blue biro ‘O’ – in a similar vein, receptionist Sarah quenched our thirsts with a drawing for the letter ‘J’, whilst Louise (Artworker) served up some goldilocks realness with her 3 bears illustration. We even got Marketing Manager Sarah’s, 18 month old son Rex involved in the letterform fun!

Is this the real life? Is this just fantasy?

Our Junior Designer Rosie tasked herself with learning a new software and created her first green, green grass letterform, while Chris made us fall like dominoes with his 3D 5.

Put those 3D glasses away…

It’s time to get back to flatpack. We saw a lot of variety in our graphic posts, Neil had a full weekend takeover starting off with a Thursday night rave, followed by a mellow, geometric Saturday and sent us soaring on Sunday! Holly embraced her love for succulents and cacti with her creation for H. And I kicked off the alphabet with a bendy A, followed up with a Friday 13th superstitions scene for K. Designer Nathan took things back to nature with his ‘N for natural’ and ECD Steve also got involved with his constructivist post for 2. 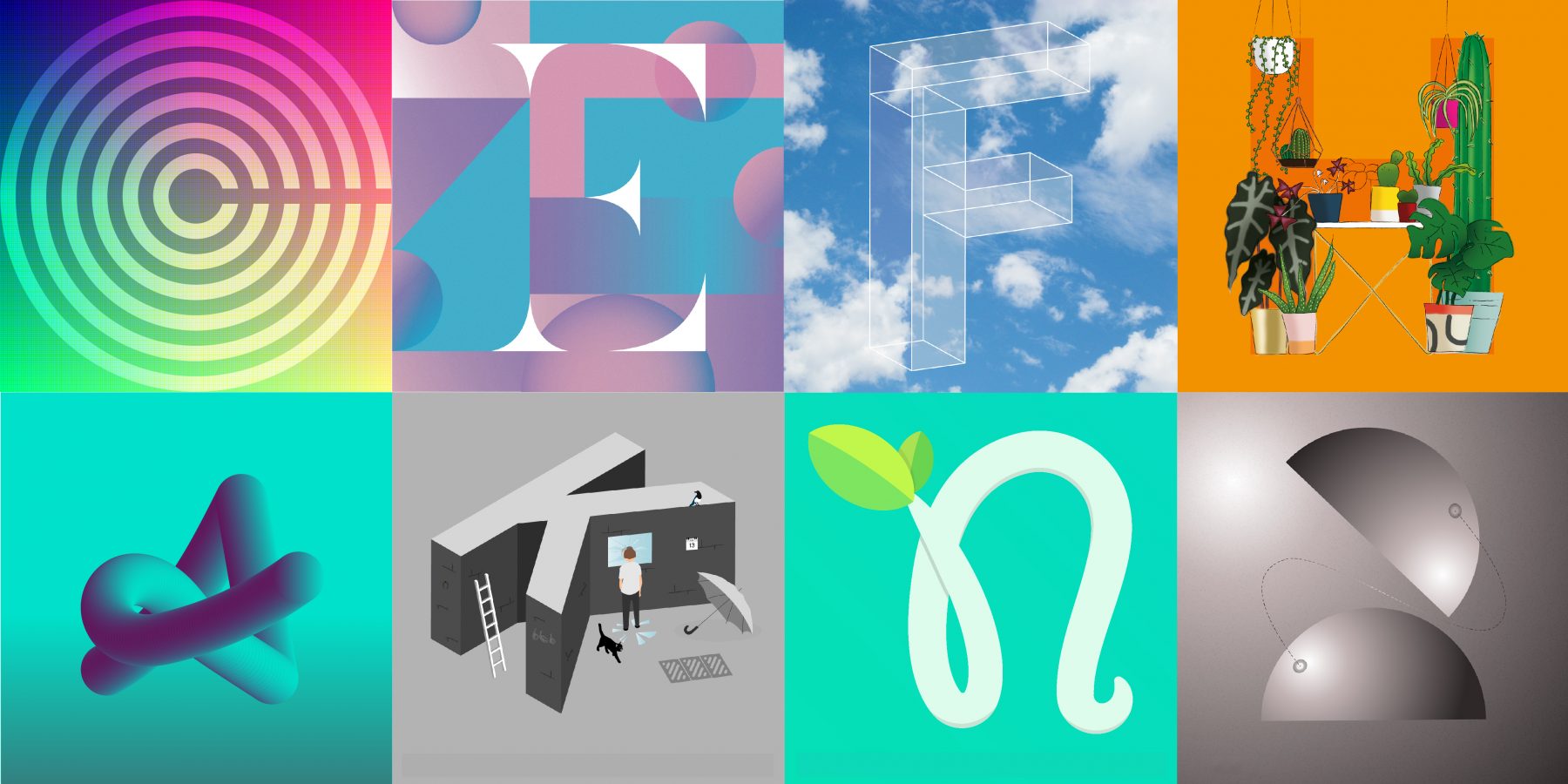 Some of us got behind the lens for our submissions; Harriet (Head of Copy) created an ‘I’ out of some iceburg lettuce, our creative intern Alec produced a photo collage representative of Mr B Towers, while Luke (Agency Services Manager) showed off his impressive Nike footwear collection. Aphra (Digital Project Manager) used some tiny terrarium people to visualise her letter form and Rob (Art Director) used his love for running as his inspiration.

Eight of our entries were animations – two of which were created by friends new to the skill. Both Neil (Artworker) and Holly (Middleweight Art Director), were looking to broaden their skill set with the help Louise (Artworker, illustrator and animation teacher) who herself wowed us by submitting a fan of stationary. Two further animations came from the digital team; Junior Developers Anthony and George showed off their skills with numbers 1 and 7. Alec took the penultimate number and tackled it with wheel gusto! Marrying creativity with digital pizzazz, Aphra used the Google tilt brush to create a sensational submission – leaving the rest of us green eyed with envy and wanting to have a play! Andy (Account Manager) also tried his hand as some stop motion, carving out his letter in wood and covering in paint before creating a trippy video.

I know we’re not supposed to have favourites, but – for obvious reasons – the Mr B self portrait created by Louise definitely raised a few smiles. Could it B any more appropriate?!

If you’d like to show your love for some, or all of these wonderful creations then please head over to our instagram and tap those hearts!