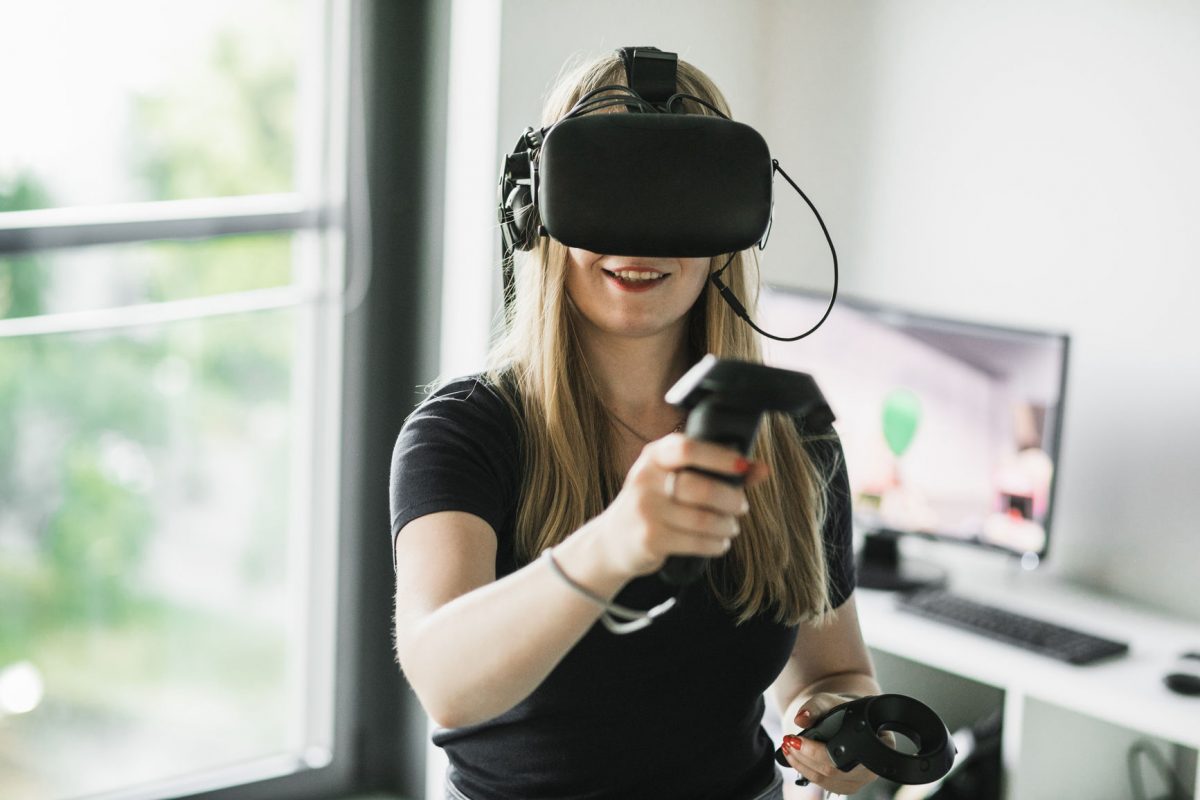 Does VR have a place in the marketing mix?

The Mr B & Friends team have been getting to grips with virtual reality in the office this week with the HTC Vive VR system. As well as looking at the different worlds the tech offers up, we’ve been drawing our ampersand in stars, bubbles and neon – and even taking on a few office zombies!

Exploring the technology has inevitably led to lots of discussions around when and where virtual reality (VR) has a place in the marketing mix.

A few years ago, VR was being tipped to be the next big thing for marketers looking to give their products the edge. A few brands (Tommy Hilfiger, Elle and Volvo among them) jumped on the bandwagon attempting to create next level brand experiences for consumers.

Yet VR hasn’t really taken off in the way it was anticipated it would. Consumers still haven’t got on board with it due to high initial costs, complexity and limited content. To take a recent example, the BBC offered the option for viewing the World Cup matches with VR. It recorded 325,000 downloads of the app, a not-insignificant number, yet when you consider how many millions were viewing each match on TV at the same time it falls somewhat short of its potential. VR also has competition in the technology space with augmented and mixed reality systems (check out the Microsoft Hololens system) though these have their own limitations.

Where VR is proving it can add value is in the enhanced experience it can bring to customers. Last year Virgin Holidays introduced VR into 50 of its stores to increase dwell time. Sales of the showcased destination were 81 per cent higher in the stores that had the tech compared to those that didn’t. Airbnb is similarly exploring incorporating VR to give customers a more authentic view of its rental spots. In these cases ‘try before you buy’ increases consumer confidence while creating interest.

Greenpeace has also been a winner with VR, using the tech to build stories about the animals and habitats it works to protect in its Explore app. Charities using VR are in general achieving great results from using accessibility to create empathy and support. This added level of reality tugs at the heartstrings and encourages on average 48 per cent of those who view the content to make a donation, as well as influencing a significant increase in recommendations and an astounding increase in recall versus standard video ads. More on this here.

As with any new(er) technology its adoption is reliant on its value proposition to the customer and mainstream appeal. With the current state of VR we are still in the space of early adopters for home systems and limited usage in the marketing space. The next phase of VR will see HD 2.0 systems and lower cost setups coming to market in late 2018/early 2019.

Our view is ultimately that VR (and its cousins AR/MR) can be a welcome addition if there’s a use case for it, and certainly the return on investment can be impressive. In practice the focus should be on creating an experience that increases purchase intent, rather than adding it into the mix for the sake of doing something cool. As with all channels, the audience, purpose and structure need to remain front and central. That being said, having experienced the potential of VR for ourselves, we’ll definitely be keeping an eye on future developments.